Get fresh music recommendations delivered to your inbox every Friday.
We've updated our Terms of Use. You can review the changes here.

Tales From The River Between Realms 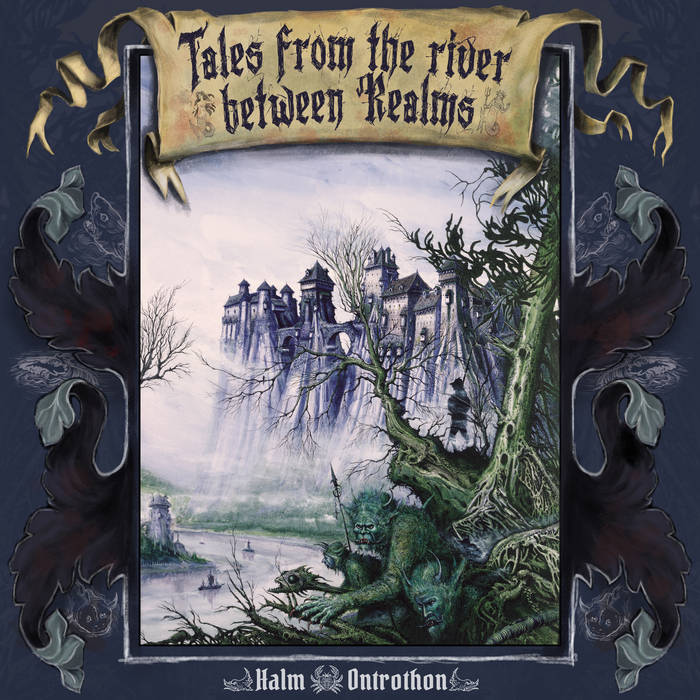 Within the bustling harbor of the great city of Löwenschild, many lost and wandering souls have made their dwellings. An old fisherman, now a pariah and a drunkard, shunned from the Gesellenhaus of the Rivermen, one of the proudest guilds in Löwenschild, has fashioned his home amongst the outcast and the damned. From afar, through the vaporous mists the lights of the nobles sing their mocking songs. Sorrows drowned in Stierheimer Grog and wits tested by riddles and tales shared with an old statue and finally the fisherman stumbles from the jetty and into the cold embrace of the Ehr River, just as bestial creatures emerge from the hazy gloom.

Embracing his fate, the fisherman sees the pier shrinking and disappearing in his dark and wet tomb. Yet a strong dreadful current pulls him into the murk of the river bed. A dark sword reveals itself to the fisherman. The blade promises power, salvation and screams with a host of slain souls. A name begins to manifest within his mind. A dreadful name. But before he can fully verbalize it, the lucky river coins and enchanted hooks of his old craft, drag him towards the gleaming surface. The fisherman tastes salt water.

On the waterfront of the Ocean of Silver Eyes, where the obsidian hills meet the sand dunes, an archaic ritual commences. The Golagond, convene encircled by the revered bones of Usham the Sentinel, proto dragon of old. Dragonic osseous matter, had the property of pure transference of vitality, and as such was held in high regard in the religious affairs of the Golagondish peoples, but was also coveted by the dark sword Onxar, a primordial spirit of violence.

Once every Skycircle the pilgrims would gather in the Lay to uphold the Sacrament and to expand their collective conscious towards the undermined and the disenfranchised, like Usham once did.
As the voices of the Golagond hummed within Shabathuk, their telepathic link, their call resonated from the deepest bowels of the cosmos to the farthest reaches of the stars. Through the boundless gateways between dimensions, a forlorn fisherman appears. His bond with the Dragon, will set itself in the midst of a struggle both internal and empyrean. To use a sword, or to renounce it. To join the congregation, or to destroy it.

Painting by Ian Miller, used with permission.
Tape Layout by The True Cult